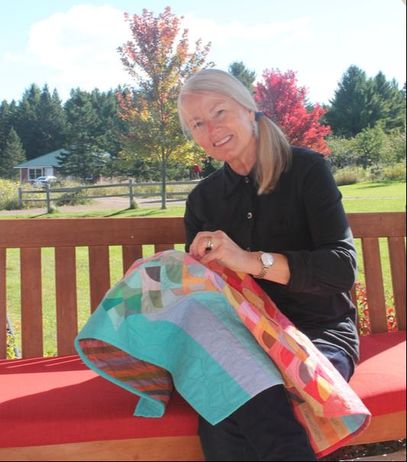 The subject matter of my work is far ranging, intended to provoke a smile or introspection.  My designs are conceptualized through weeks of rumination and carried out with a good dose of improvisation and whimsy.  I attended the Beaver Island Quilt Retreat for many years and it was there that Gwen Marston learned of my work.  Gwen was  my mentor and inspired me to be true to my own personal style.  I miss her dearly.

​To arrange a lecture and trunk show for your group, contact me at the following email address:  info@karendulingquilts.com 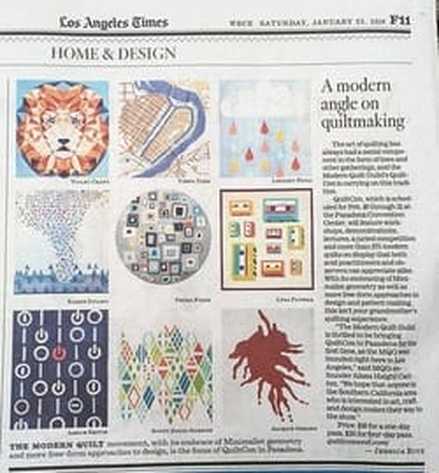 My quilt "Catnado" was featured in the Los Angeles Times.

I was recently interviewed and featured on The Creativity Project!  To read about my creative process and view my answers to some seriously serious questions, visit Lelandavestudios.com by following this link:
http://www.lelandavestudios.com/2018/11/02/the-creativity-project-week-44-karen-duling/

"Catnado" was shown at the Sisters Outdoor Quilt Show in Sisters, Oregon, 2016.
"Catnado" toured the country with the Best of QuiltCon 2016 Traveling Exhibit.

​My work was exhibited at the "Art Quilt Invitational" exhibit at the Bonifas Art Center in Escanaba, Michigan-- Fiber Arts and Making the Cut, January- March 2014.

"Sunup", "A Herd of Turtles on a Drunkard"s Path" and "Green Flowers" were named Semi-Finalists in the American Quilters Society contest in Grand Rapids, Michigan, August 2019.

​"Save the Fishing Cats", "Dog Census", and "Celebrate Diversity" were named semi-finalists in the American Quilters Society contest in Grand Rapids, Michigan, August, 2017.

"Catnado" was a semi-finalist in the American Quilters Society contests in Paducah, September, 2017 and Des Moines, October, 2017.

"Kitty-cat Plaid" was a semi-finalist in the American Quilters Society contests in Albuquerque, New Mexico, Jan. 2015 and the AQS Syracuse contest, July, 2015.

"Catnado" and "Gwenny's Woodpile" were accepted by a panel of jurors to be shown at the Modern Quilt Guild's QuiltCon 2016 in Pasadena, California. "Catnado" was judged a winner and awarded 2nd place in the EZ Quilting Triangle Challenge.

"Gwenny's Woodpile" was a semi-finalist in the American Quilters Society Show in Grand Rapids, 2016.

"Rockslide" was judged a winner and awarded 3rd place in the category "Wall Quilts- Home Machine Quilted" at the American Quilters Society Show in Chattanooga, September, 2016. 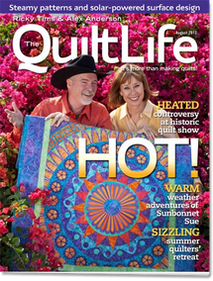 The August 2012 issue of The Quilt Life Magazine features my early work and my "Quilting for the Paws" project in an article written by Darra Williamson. 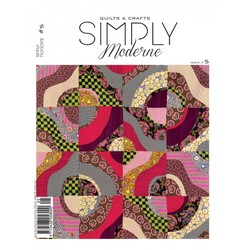 Issue No. 5 of Simply Moderne features my quilt, "Catnado" in an article about the Modern Quilt Guild's QuiltCon 2016. 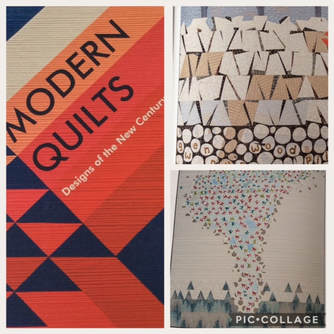 
​
Liberated Medallion Quilts-  My work is shown in Gwen Marston's book on medallion-style quilts, published by the American Quilter's Society.  It's a fish quilt!

Quilting for the Paws-  This book is full of my early work. 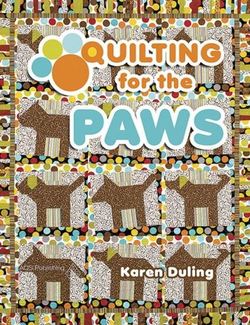 Published in 2014 by the American Quilters Society, my book features patterns for canine and feline shapes. It is out of print and no longer available commercially. 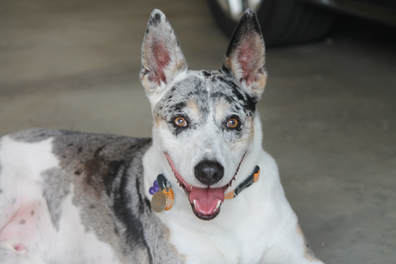 Our dog, Merle, was adopted from the Ingham County Animal Control Shelter. Merle is now somewhat famous, being the creator of "Merle's Tips" in my book "Quilting for the Paws".

I was on the Quilt Alliance's "Go Tell it at the Quilt Show".  Follow this link:
​www.youtube.com/watch?v=PezX15vGx8Y ​